She’s discovered a super-exclusive English village where the rich and famous own weekend retreats. Where film stars, Turner-prize winners and Cabinet ministers park their helicopters outside the gastropub and buy £100 sourdough loaves from the deli.

Outsiders are strictly forbidden. But luckily Laura’s best friend Lulu, a logo-obsessed socialite with a heart as huge as her sunglasses, suddenly fancies a quiet life in the country. The door to this enchanted rural idyll opens for Laura. Revealing a great professional opportunity.

Can Laura write an exposé before the snobbish villagers suss her true identity? And before the world’s poshest pub quiz triggers a political scandal not seen since Profumo? 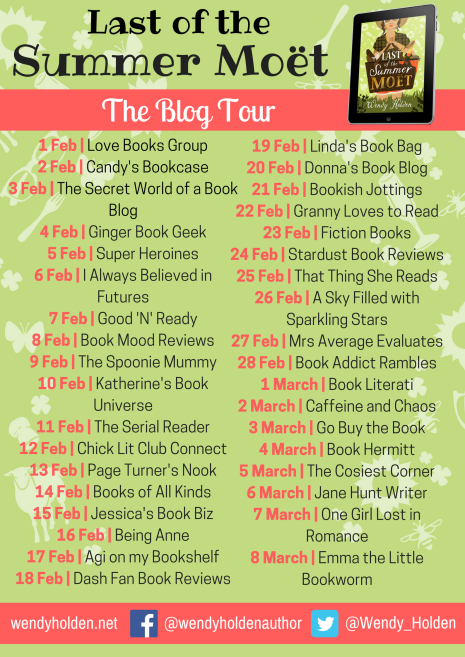 ‘What did you think?’ she asked Harry. He had seemed rather annoyingly unmoved by the fact she had once gone out with James Bond.

‘I liked that bit when he got clubbed and shoved in the vat of baked beans,’ Harry replied. ‘Shame he came round before he got to the canning machine.’

Laura smiled. Perhaps Harry was jealous after all. The baked beans episode had reminded her of the horrible flat where Caspar had lived at his lowest ebb. The loo had lacked a seat and the only utensil had been an unwashed spatula that the four or five residents – all male – shared to eat beans straight out of the tin. ‘Do you think that sort of thing really happens?’ she asked.

‘What – a protocol that could destroy the world with poison gas from contaminated baked beans?’ Harry gave an incredulous snort.

Harry grinned. ‘If you’re asking me whether James Bond is an accurate reflection of the security services…’

‘Which I could be,’ Laura returned. Harry was always infuriatingly elusive about what he knew of MIs 5 and 6. But he had to know something. All Harry’s exposés involved international miscreants, and it seemed unlikely he investigated them without official help. Their first date had been at the Not Dead Yet Club, a place awash with foreign correspondents and diplomats. That Harry was a spy himself did not seem out of the question. Perhaps he, not Caspar, was the real James Bond.

‘That I really wouldn’t know. Shall we get a chicken katsu curry?’ They were passing an Itsu. Laura, who had been brought up on a diet of French classics by her Parisian grandmother, shuddered. She found Harry’s lack of interest in food both baffling and appalling. His idea of Sunday lunch was a bag of steak ridge-cut chips followed by a packet of Skittles.

Inside the takeaway, Laura tried not to wince as she watched the server ladle the curry gloop over what had been a perfectly respectable chicken escalope. ‘I don’t know how you can eat that stuff,’ she said as they walked out, Harry’s dinner in a plastic bag.

‘Oh God, yes. We had this thing called Skeleton Stew…’

Only after offering up her own memories of school food did Laura realise he had steered her off the subject of spies completely, and they were now turning into her street.

Number-one bestselling author Wendy Holden was a journalist on Tatler, The Sunday Times, and the Mail on Sunday before becoming an author. She has since written ten consecutive Sunday Times Top Ten bestsellers. She lives in Derbyshire.