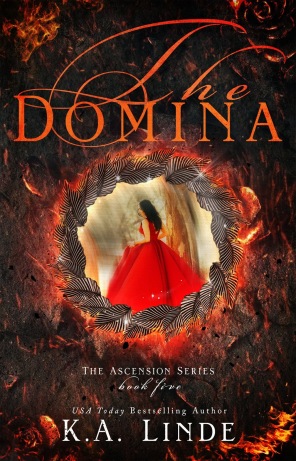 The fate of the world rests on one girl’s shoulders.
And her world has been turned upside down.
With Cyrene’s allies in shambles after a bitter defeat, she has to find a way to bring them back together to stop the dark goddess. But with a war raging and the newly-united magical community barely held together, Cyrene’s leadership has been called into question.
As fate pulls them all toward that prophetic final battle, she has to find the true meaning behind her magic…and within herself.

Get Your Copy NOW!

A mesmerizing conclusion to the most epic Fantasy Series EVER!!!

While I am not an avid reader of the Fantasy genre, K.A. Linde has turned me into one with the Ascension series over the past few years. With each new book comes more adventure, discovery and exhilaration for Cyrene and her friends. Since 2015, every fall has become one I anticipate the arrival of the next chapter in Cyrene’s story, and every fall I fall in love with this series all over again. As I rediscover the passion I have for this voyage some of my favorite characters ever written continue, I am again filled with so much anticipation and nervousness, angst and discovery, as I watch their stories continue to be unfolded. This series has done something to me as a reader and I won’t ever come back from it. This series has taught me how to envision everything the author describes and bring it all together in the clearest visuals in my mind I have ever seen. It brought out feelings within me that I never knew were put there to feel for words on paper. With every new chapter, in each book of this series, I have been given passageway into the mind of one of my favorite authors I have ever discovered.

There is not much that can be said about the details of this book without giving it all away, but this conclusion is EVERYTHING I wanted it to be. It tied the entire saga up and gave me more than I ever bargained for. Cyrene has become such a strong leader, and with her friends who are more like her family now, by her side, she is unstoppable! Her drive and spunk in this final book were truly something to behold. As we follow her to her ultimate end game, we discover so much about all the characters we’ve come to love over the past 5 years. To say an author utterly delivered on the finale, is something I say about Kyla over and over again. But this series, she knocked it out of the park and all the way into another world! Bravo on the best ending to a series I’ve ever had the honor of discovering.

“With rich romance and twisty political intrigue, THE AFFILIATE is a breakneck fantasy ride that’s perfect for fans of THE SELECTION or THRONE OF GLASS.” –Susan Dennard, NYT bestselling author of TRUTHWITCH
On the day of her Presenting, in front of the entire Byern Court, seventeen-year-old Cyrene Strohm’s lifelong plans come to fruition when she’s chosen for one of the most prestigious positions in her homeland–an Affiliate to the Queen.Or so she thinks.

When Cyrene receives a mysterious letter and an unreadable book, she finds nothing is as it seems. Thrust into a world of dangerous political intrigue and deadly magic, Cyrene’s position only grows more treacherous when she finds herself drawn to the one man she can never have…

Cyrene must decide if love is truly worth the price of freedom.

Cyrene Strohm is a Queen’s Affiliate, a high-ranking official of the court of Byern, with power and privilege to spare. But she’s also a keeper of dangerous secrets: like the fact that she holds the heart of the King, and that she possesses magic in a world where magic no longer exists.

Determined to discover what this means and how to use her newfound abilities, Cyrene sets off for the distant land of Eleysia. An island nation where Affiliates are strictly forbidden from entering.

But the journey is perilous, and the destination may mean utter ruin, as Cyrene comes to learn that everything she’s been told her whole life – about her court, her homeland, and even herself—are bound in a beautiful lie.

After the loss of a friend and false imprisonment in an Eleysian dungeon, Cyrene has no interest in destiny. Her heart was shattered, friends scattered, and her home is nothing but a pretty illusion. Even her magic won’t cooperate.
When all seems lost, she turns to the one person she never thought that she would trust:

His darkness mirrors a growing force lurking within her. A struggle she never imagined threatens to consume her. And as friends and foes begin to show their true colors, she starts questioning whether anyone is who they seem. 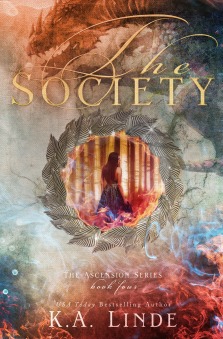 The fourth book in the fantasy Ascension series that NYT bestselling author Susan Dennard called “perfect for fans of Sarah J Maas.”
War is on the horizon. All while a new power grows strong, threatening the very balance of good and evil. Desperate to save her homeland, Cyrene goes in search of the dragons that may be the key to ending this battle—and heal her dying friend. Can Cyrene master her magic to save the world? 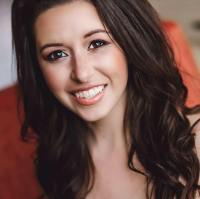 K.A. Linde grew up as a military brat and created fantastical stories based off of her love for Disney movies, fairy tales, and Star Wars. In her spare time, she is an avid traveler, loves reading young adult novels, and dancing. Additionally, K.A. has written more than a dozen adult novels and is a USA Today bestselling author. She lives in Lubbock, TX with her husband and two super adorable puppies.
K.A. Linde loves to hear from her readers!
You can contact her at kalinde45@gmail.com or visit her online at one of the following sites:
Website: www.kalinde.com
Facebook: www.facebook.com/authorkalinde
Instagram: @authorkalinde