A fantasy novel of a modern-day American boy’s journey back in time as the reincarnation of John Lennon.

Sixteen-year-old John Palmieri is living an average life in Brooklyn until one day he wakes up as a prince in India, thirty-five years before he was born. Suddenly, he finds himself with riches and power beyond his wildest fantasies.

Brooklyn is readily forgotten. Life becomes a constant stream of debauchery, coming to a stand-still only when he meets “the one.” However, love doesn’t come easy. He must become a better man and sing his way into her heart, a pursuit ignited by his memories of the vintage Beatles music on his iPod.

Will these legendary songs change John’s life? Can he escape Lennon’s tragic fate? Will he ever find his way back to Brooklyn at his own time?

His fate will unfold in Bollywood Invasion.

To celebrate the release of BOLLYWOOD INVASION by Ricardo Alexanders, we’re giving away a $25 Amazon gift card and a $50 Amazon gift card to one lucky winner! Once your initial entry is confirmed, additional entry options are unlocked! 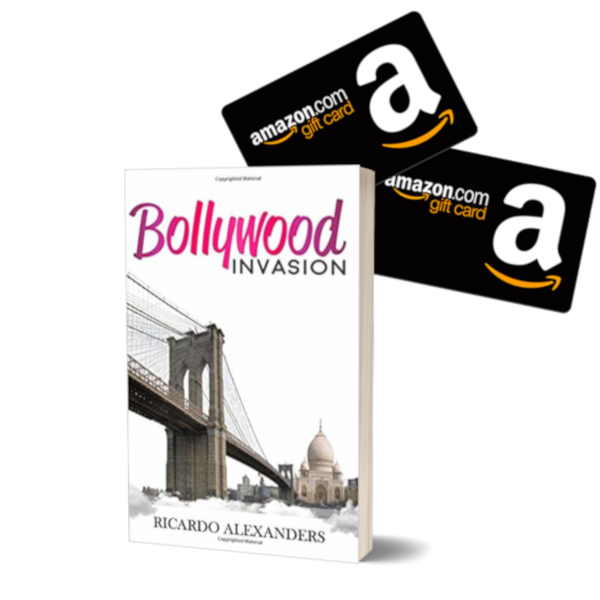 RICARDO ALEXANDERS is a descendant of the Great Yyu, a.k.a. the first king of China. He lives in Massachusetts and enjoys experiencing all kinds of cultures around the world. After obtaining his doctorate in science, he became fascinated with time-travel. As an aspiring writer, he loves to write time-travel fictions that blend fantasy, science, and real history together.

In 2017, he published his debut time-travel novel Dragon Tomb, the first book of his TLR (The Last Resistance) pentalogy. This history science fiction series starts from World War II, during which a young archaeologist discovers the true origin of Chinese civilization and saves the world from Armageddon.

This promotion is brought to you by Pure Textuality PR.