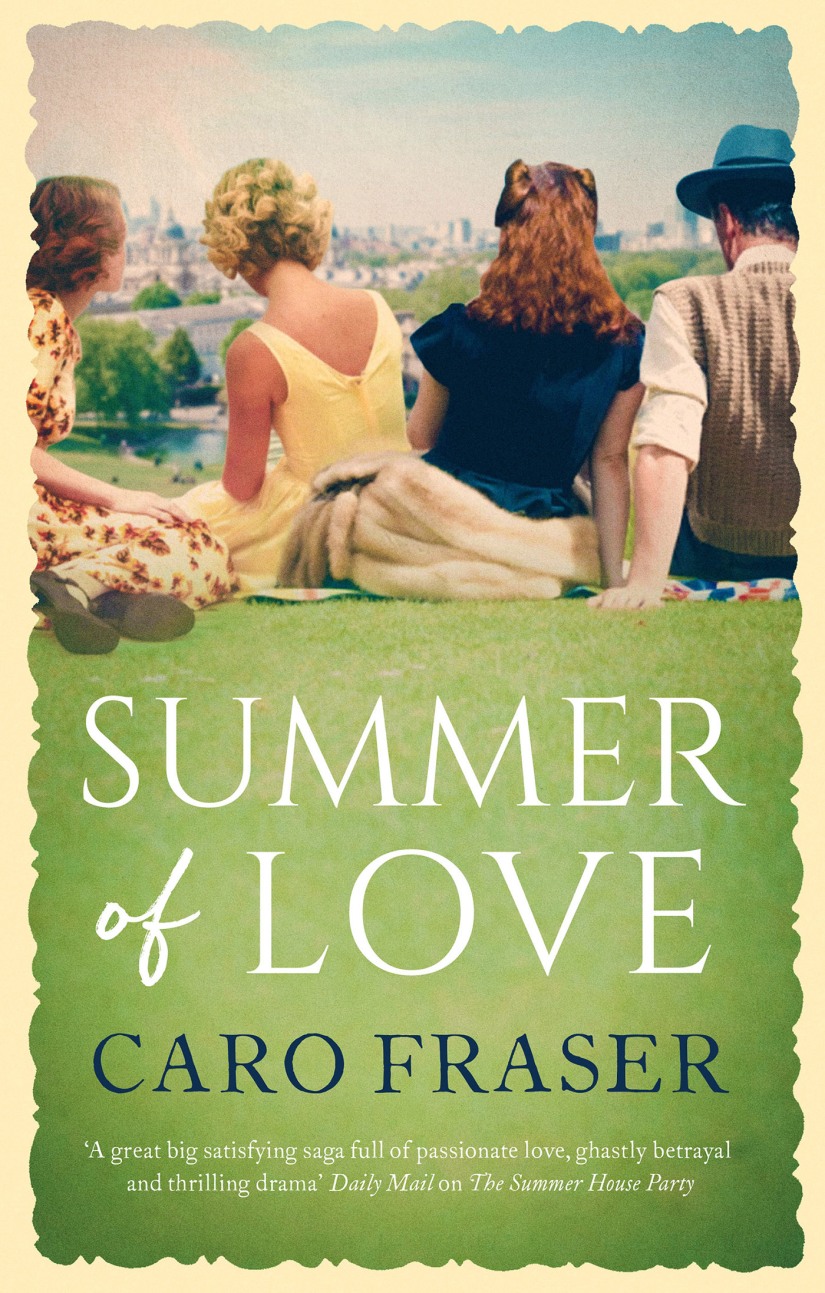 The dark days of the war are over, but the family secrets they held are only just dawning.

In the hot summer of 1949, a group of family and friends gather at Harry Denholm’s country house in Kent. Meg and Dan Ranscombe, emerging from a scandal of their own making; Dan’s godmother, Sonia; and her two young girls, Laura and Avril, only one of whom is Sonia’s biological daughter. Amongst the heat, memories, and infatuations, a secret is revealed to Meg’s son, Max, and soon a terrible tragedy unfolds that will have consequences for them all. Afterwards, Avril, Laura and Max must come of age in a society still reeling from the war, haunted by the choices of that fateful summer. Cold, entitled Avril will go to any lengths to take what is hers. Beautiful, naive Laura finds refuge and love in the London jazz clubs, but Max, with wealth and unrequited love, has the capacity to undo it all.

The air was full of the fresh, damp scents of early spring as Meg and Dan Ranscombe turned off the road and walked up the narrow path that led to the back of Woodbourne House. They made a handsome couple – Meg, in her early thirties, was vividly pretty, with dark eyes and chestnut hair curling to her shoulders; Dan, a few years older, was by contrast fair-haired and blue-eyed, his clean-cut features marked by a faint arrogance, a remnant of youthful vanity. They walked in thoughtful silence. It was four years since they had last been to Woodbourne House, the home of Sonia Haddon, Meg’s aunt and Dan’s godmother.

‘I’m glad we took the train instead of driving,’ said Dan, breaking the quiet. ‘I have fond memories of this walk.’

They paused by a big, whitewashed stone barn standing at the foot of a sloping apple orchard.

‘Uncle Henry’s studio,’ murmured Meg. ‘I remember that summer, having to traipse down every morning with barley water and biscuits for him while he was painting.’

Sonia’s husband, Henry Haddon, had been an acclaimed artist in his day, and in pre-war times to have one’s portrait painted by him had had considerable cachet. In Britain’s post-war modernist world, his name had fallen out of fashion.

Dan stood gazing at the barn, lost in his own memories: that final day of the house party twelve years ago, when he had come down to the studio to say farewell to his host. Finding Henry Haddon, his trousers round his ankles, locked in an embrace with Madeleine, the nanny, against the wall of the studio had been absurd and shocking enough, but what had then transpired had been even worse. He could remember still the sound of the ladder crashing to the floor, and the sight of five-year-old Avril peeping over the edge of the hayloft. Presumably the shock of seeing his daughter had brought on Haddon’s heart attack. That, and unwonted sexual exertions. The moments afterwards were confused in his memory, although he recalled setting the ladder aright so that Avril could get down, then sending her running up to the house to get someone to fetch a doctor, while he uselessly attempted to revive Haddon. Madeleine, unsurprisingly, had made herself scarce. And the painting – he remembered that. A portrait of Madeleine in her yellow sundress, seated on a wicker chair, head half-turned as though listening to notes of unheard music, or the footfall of some awaited lover. Haddon had been working on it in the days running up to his death, and no doubt the intimacy forged between painter and sitter had led to that brief and ludicrously tragic affair. The falling ladder had knocked it from the easel, and he had picked it up and placed it with its face to the wall next to the other canvases. He didn’t to this day know why he had done that. Perhaps as a way of closing off and keeping secret what he had witnessed. To this day nobody but he knew about Haddon’s affair with Madeleine. Had the painting ever been discovered? No one had ever mentioned it. Perhaps it was there still, just as he had left it.

Meg glanced at his face. ‘Penny for them.’

‘Oh, nothing,’ said Dan. ‘Just thinking about that house party, when you and I first met.’

What a fateful chain of events had been set in motion in the summer of 1936. He had been a twenty-four-year-old penniless journalist, invited to spend several days at Woodbourne House with a handful of other guests. Meeting and falling in love with Meg had led to the clandestine affair they had conducted throughout the war years behind the back of her husband Paul. Its discovery had led to estrangement with much of the family. Paul, a bomber pilot, had been killed on the way back from a raid over Germany, and the possibility that his discovery of the affair might have contributed in some way, on some level, to his death, still haunted them both. They never spoke of it. Meg and Dan were married now, but the guilt of what they had done remained. Meg’s mother Helen had been trying for some time to persuade her sister, Sonia, to forgive Meg and Dan, and today’s invitation to Woodbourne House was a signal that she had at last relented.

They walked up through the orchard, and when they reached the flagged courtyard at the back of the house Meg said, ‘I’m going to the kitchen to say hello to Effie. I don’t think I can face Aunt Sonia quite yet. I’ll let you go first. Cowardly of me, I know, but I can’t help it.’ She gave him a quick smile and a kiss, and turned in the direction of the kitchen.

Caro Fraser is the author of the bestselling Caper Court novels, based on her own experiences as a lawyer. She is the daughter of Flashman author George MacDonald Fraser and lives in London.