Book: A Necessary Deception
Author: Lucy Farago
Genre: Romantic Suspense.
Part of a series but can be read standalone.

Add to your TBR 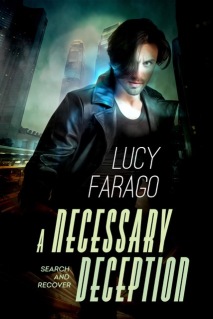 The agents of the renowned Investigative Collection Unit have to be the biggest, baddest, and brightest to take on missions no one else would dare. It doesn’t hurt that they’re also the sexiest. But in a shadowy world where reality means living on the razor’s edge of deception, few survive with their hearts intact . . .

ICU intel expert Monty Buchannan’s idea of fun is creating software—not roughing it in a cabin off the grid in Alaska. But his team forced him to unplug when his intense need to be in control put a mission at risk. Being alone isn’t a problem; most people make him uncomfortable. But there’s something about the woman he finds floundering in a frozen stream that warms his ice-cold heart . . .

Taylor Moore was once a spoiled socialite famous for her tabloid-worthy exploits, until she broke out from under wealthy father’s thumb. Now she’s the self-made CEO of an online matchmaking service—and on the run from Russian mobsters who’ve hijacked her website. But when she’s suddenly plucked from a river by a half-naked mountain man, trust will become a matter of survival. And desire just might break down the defenses that have kept them both playing it far too safe for far too long . . .

Lucy Farago is an award winning, romantic suspense author whose sixth book, A Necessary Deception, released this May. A native Canadian, she began her writing journey twelve years ago when she joined the Romance Writers of America. Although she reads all genres, she prefers turning that final page with a smile on her face. She strives to give her readers the same satisfaction.

“Admit it, you were scared when you first saw me, but when you
woke up, I was wearing the glasses. Your opinion changed. You thought
I was smart. Most people trust someone they perceive as intelligent…and
relatively harmless.”
“You mean nerdy. You wear glasses so people think you’re smart. Why
is it you have to convince anyone of that?”
“I’ll admit I’m not a patient person. I don’t want to have to continually
convince people I know what I’m doing. I…I did a lot of…convincing…
when I was a kid. I won’t do it again. You asked who I was earlier. I’m a
computer expert.”
Okay. “But not a normal techy.” Normal techies didn’t have underground
hidey-holes. “So, what is it? Information officer for the military. Hacker
for the CIA. What?” She’d feel a lot better if she knew he’d gone through
some security clearance.
“You watch too much TV.”
“I don’t watch any television. Except for The Bachelor, and that’s purely
for business.” That was her story and she was sticking to it. “And who else
but the government would fund a place like this?”
He sighed like a man not used to people questioning him. “I work for
an agency that specializes in search and recover. Every team member has
a role. I’m the computer guy. Mostly, our job is to find…things.”
“Judging from the hardware out there, I’d say they don’t hire you to
find their missing pet.” Of that she was certain.
“No.”
“And isn’t it the police’s job to find…things?”
“Sometimes,” he said.
“You with the police?” How much could she trust him?
“You’re asking too many questions.”
“Put yourself in my shoes.”
He got up and went into the kitchen. “How about some food? All you
had was soup, and I haven’t eaten since this morning.”
Why didn’t he want to answer her? “Avoiding my questions when you’re
stuck with me for who knows how long isn’t going to work.”
“I’m not avoiding. I’m hungry.” He opened a cupboard and pulled out
a large can. “Chili? It says right on the can, fit for kings.”
“Sure,” she said, more to stay agreeable than actually looking forward to
canned chili. She joined him. “You don’t work with the police. Do you work
against them?” Although even to herself that sounded like a stupid question,

because if he did—if what they did was illegal—he wouldn’t tell her. 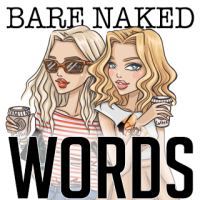