MISADVENTURES WITH THE BOSS 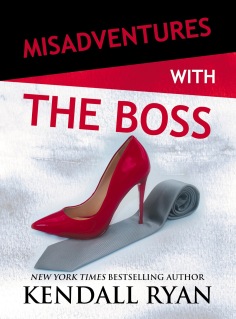 Synopsis
At age twenty-nine, Piper Daniels is having the longest dry spell of her life. When she agrees to be set up on a blind date, she never expects it to end with the hottest sex of her life.
But when she discovers that her very well-endowed secret lover is also her new boss, heartless womanizer and cutthroat CEO Jackson Dane, she chalks it up to a one-time mistake and puts up her best professional front. But Jackson isn’t used to rejection, and if Piper thinks it’s going to be easy to move on from their tryst, she’s underestimated his determination.
***MISADVENTURES ARE STANDALONE ROMANCES THAT CAN BE READ IN ANY ORDER***
Amazon: http://amzn.to/2s6WIh7
Nook: http://bit.ly/2tnAD3d
iBooks: http://apple.co/2tr2HkD
Google Play: http://bit.ly/2srBeez
Kobo: http://bit.ly/2u3EFKf