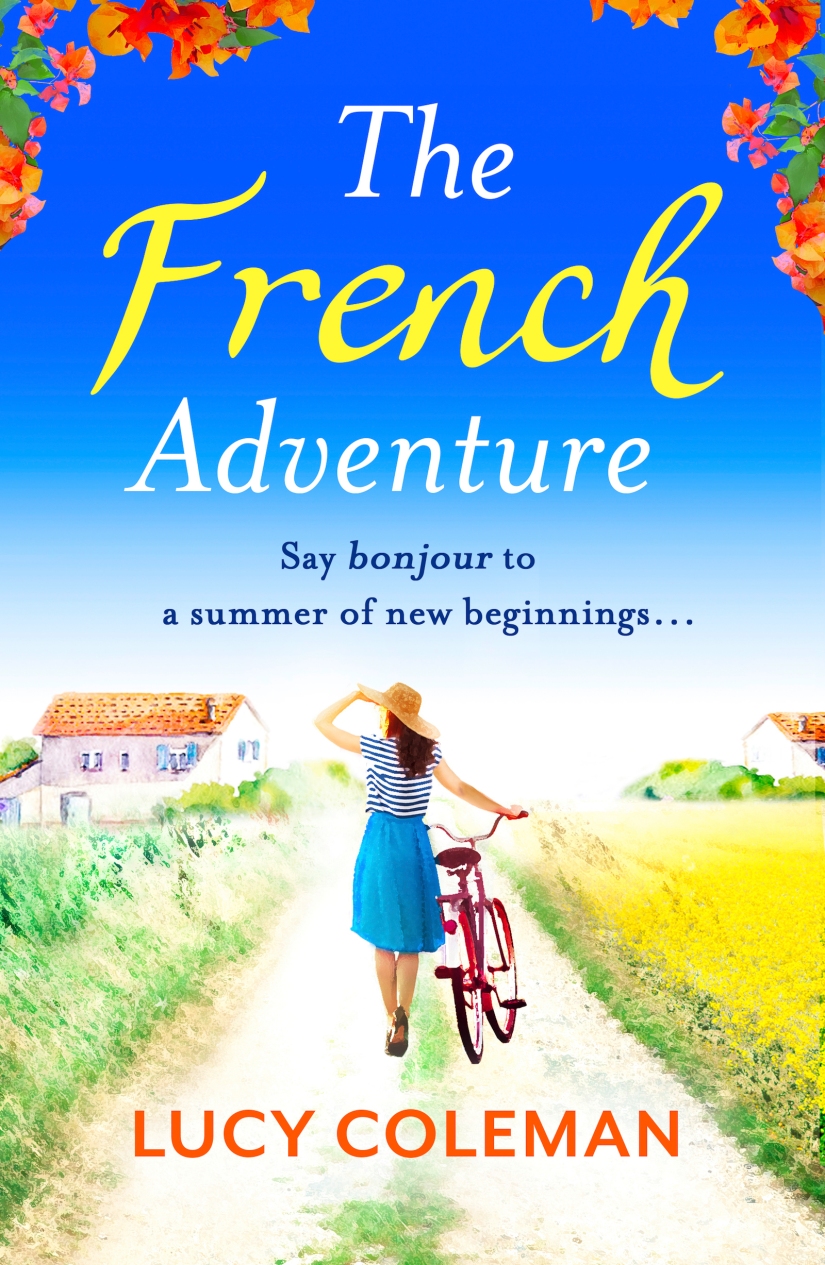 Suddenly unemployed and single, Anna escapes to her parents’ house in France to work out what to do next. A story about love, loss and starting over, with the perfect French twist!

Packed full of French flavour and idyllic settings this is a romantic, heart-warming and unputdownable new novel about life and love, perfect for anyone who loves Milly Johnson, Lucy Diamond and Debbie Johnson.

Suddenly unemployed and single, Anna escapes to her parents’ beautiful house in France for a much needed recharge – and to work out what she wants to do next with her life now her carefully mapped out plan has gone out the window.

Anna gives herself 6 months to recuperate, all the while helping renovate her parents’ adjoining gites into picturesque B&Bs. But working alongside the ruggedly handsome Sam on the renovation project, she didn’t expect for life to take an unexpected, if not unwelcome, twist…

Two weeks today will be the first anniversary of our first real date. Being wined and dined in a chic little French restaurant was a gigantic step forward; it signalled the beginning of a new era in my relationship with Karl. Even though at least half of the meal was spent talking about work, his intentions were clear – we were no longer simply colleagues and romance was in the air.

Since then, Karl must have told me that he loves me more than a thousand times. You might think I’m exaggerating, but I can assure you that’s not the case. He usually manages to slip it into the conversation at least three times a day. The first time he said the L word to me, it slid off his tongue so easily I could almost have missed it. It wasn’t a staring into each other’s eyes moment of discovery, just a casual ‘love you, babe’.

As the months rolled by, I pushed aside my growing fear that it was only a word to him. Because it means so much more to me, I freeze whenever he tacks it onto a sentence.

And, yes, I’m very aware that my air of disapproval does make me sound ungrateful and undeserving. But it’s all about self-preservation, you see. I’ll never utter that word again until I’m one hundred per cent certain that the man I’m saying it to believes I’m their soul mate too – the perfect fit.

The last time I uttered the L word, was six years ago. It was to a guy I’d known since childhood and the man I genuinely believed I would marry when the time was right. He was handsome in a rugged way, fired up with ambition and exciting to be around. Sadly, everyone we knew thought we were the perfect couple too, except the guy in question, as it turned out.

Will arrived in my life when I was a very precocious pre-teen and counting down the days to attaining that revered status. I had this fervent belief that overnight my whole life would change. And it did when Will and his family moved into the house next door. It seemed living proof of that fact because in a ridiculously short space of time he became everything to me. The first glance that passed between us was magical and the best birthday present I could ever have been given.

As classmates, we were best friends throughout those traumatic school years when your hormones are changing you in ways you don’t always understand. With it comes a rollercoaster of incredible highs and devastating lows. Dictated by important events in your life like whose party you are invited to and which group you hang around in, you need one true friend. Will was mine and I was his – life couldn’t get any better. But it did… until the day he broke my heart.

1 thought on “*Blog Tour* The French Adventure by Lucy Coleman”