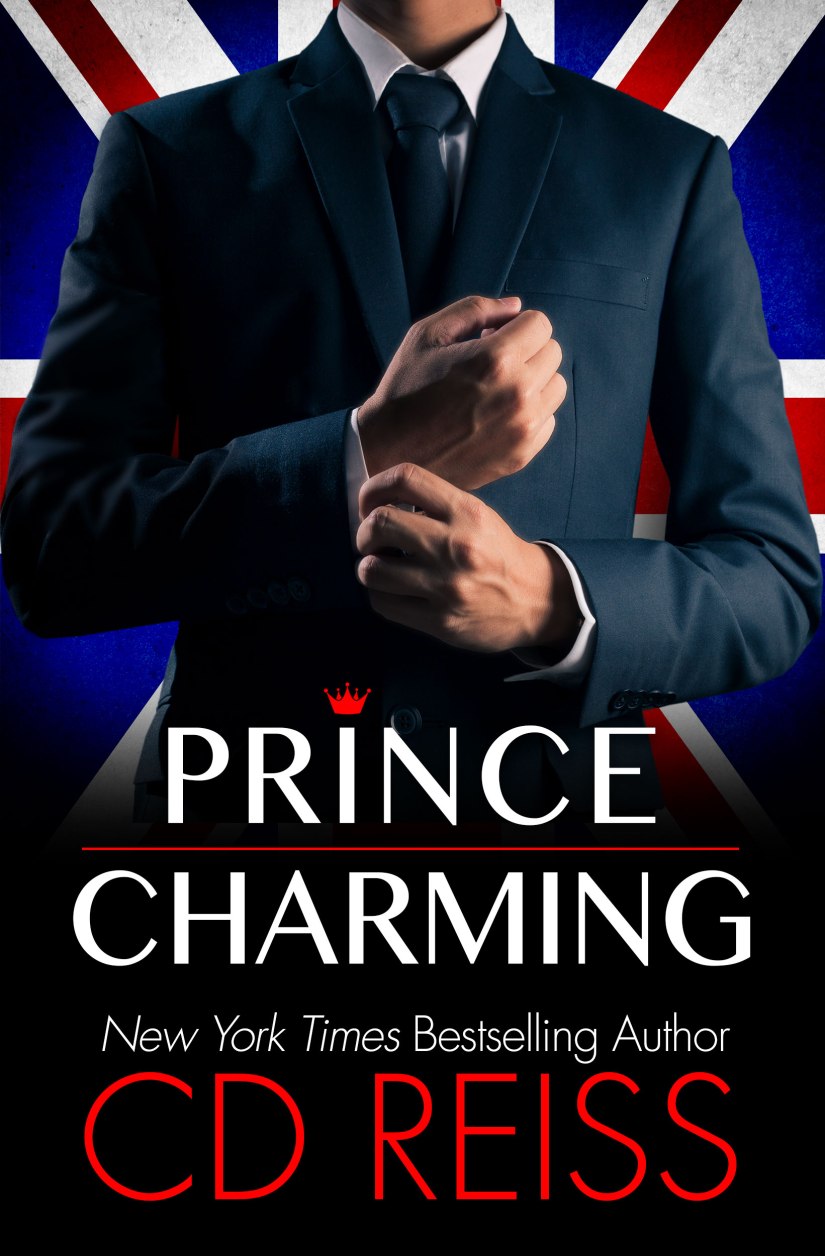 Cassie doesn’t need a boy and certainly not a bad one. Nope. She fights crime for a living, and everything about this guy screams trouble, from his charming British accent to his mysterious past.

And Cassie doesn’t do trouble.

Keaton’s got his own trouble. He’s trying to go legit, and an FBI agent hanging around is the last thing that will help his credibility.

All it took was one night of passion to sear her into his skin. Now he can’t imagine living happily ever after without her.

All they have to do is walk away.

But neither of them ever walks away from a challenge.

The list of crimes that happen on the dark net bounce through my brain as he holds me. Is he going to kill me? Strangle me right here in the parking lot of his own factory? Maybe he wants to try. He’s well-built but I’m pretty sure I can take a computer nerd in hand to hand combat. I just can’t let him get the jump.

He goes for me.

I’m surprised and prepared for it at the same time. I didn’t actually believe he’d try, but I’m reaching to block an attack while he’s leading with his head, which is weird, but I got this.

When his lips smash against mine my body is a split second ahead of my brain. It’s processed the list of dark net violence and thus completes a series of moves to bring down a frontal attack.

Even as I’m using his weight against him by holding his arm still while I swing him, letting his high center of gravity do all the work of stripping him of his balance, my mind processes the kiss. Because it was a kiss. A real soft-lipped-slightly-open-mouthed-I want-her-to-like-it kind of kiss.

By the time those nice thoughts register I’m slamming him up against the car. I’m a little disappointed that I can’t take back my counterattack. I would have let him kiss me a few more seconds before taking him down.

His eyes are open wide and the breath’s knocked out of him. The thump of his body against the car door fades into the night.

He looks at me as if I asked him why he pees standing up. Brows knotted. Arms out. Mouth half open as if he can’t contain the sheer number of answers he could give me right now.

“What?” He says it like whot and it’s endearing and haughty at the same time. Damnit. I should have taken that kiss and not gotten all black belt on him.

He straightens himself out, pulling his cuffs down and realigning his jacket.

“I’m going to pretend you didn’t just do a very impressive judo throw and tell you, out front, that I am going to kiss you. First, I am going to put my hands on your face, because I would like to feel your mouth move when I do it. Then I’m going to tilt my head to the right, so please, you should also tilt your head to the right.” He waits for me to nod, and when I do, he comes close to me and lowers his voice. “I’m going to wait a second once our lips touch, just to make sure we’re both appreciating this first contact. When I open my mouth a little, I want you to do the same. You need to accept my tongue in your mouth.” He puts his hands on my shoulders. “Is that enough of a warning?”

“What happens after that?”

He moves his hands up to my jaw, laying his thumbs against my cheeks. He strokes them and I lean forward.

He kisses me just like he said he would. His tongue tastes like ice water, and his lips curve into the shape of mine. The adrenaline in my veins blends with something newer and warmer. He slides one hand back and tugs my hair which sends fluids and sensation and pleasure and all my attention between my legs. I push against him just so I can feel him resist. I need to fight him hard as I want him.

He’s rigid and yielding all at once, turning us around until I’m the one with my back against the car. I shove him away and he separates from me with a sharp intake of breath.

He doesn’t say a word, still holding me by a fistful of hair. The cold clouds of our breath mingle between us. He’s a predator, a criminal, and a mistake. But his jaw is tight and his nostrils flare when he breathes. He’s all those things and a bull charging for the red cape.

“Push me away again,” he says, finally, “and we’re done here. And I know for a fact that’s not what you want.”

I am the red cape, and I need to be yanked away as much as I need him to charge at me again and again.

I shove him again, and he smiles before laying a kiss on me. It’s not a kiss I fight. It’s a kiss I want. He pauses, pulling his mouth away as if giving me a second to tell him to stop, but I don’t. I don’t start pushing against him until our mouths are locked again. His hips grind into me. I feel his erection through our clothes.

I’m clutching his coat without any sense. I want to tear away every stitch of fabric. I push and pull with equal ferocity. I want to spread my legs but my coat’s too long. I want to punch him. I want that hard dick stretching me and I want it to hurt. My mind is wiped clean of everything but need. I don’t have a job or a career. I don’t have dreams built from childhood. I don’t have a name. I’m just a pillar of desire. I’m reduced to movement and hunger. I want his body inside mine. Nothing else. 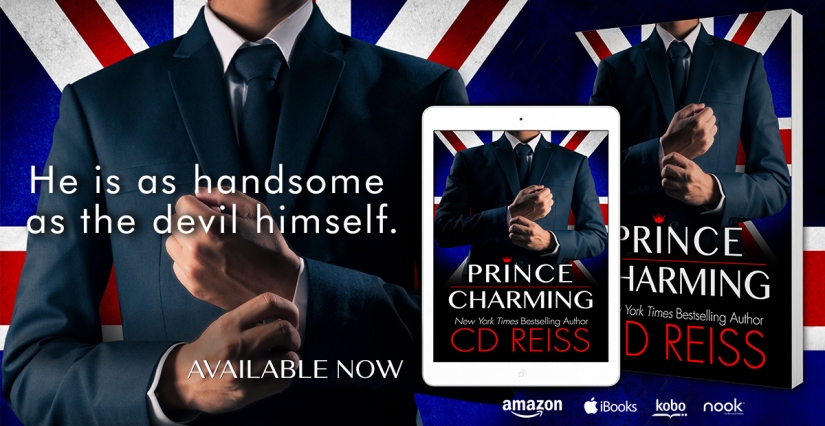 I always enjoy a good romance sprinkled with some mystery and suspense. When I pick up a CD Reiss book that happens in such a remarkable way every time. Her writing draws you in until you are fully immersed in the world she has created.

In this book, there are a few books that have been linked together in such a fun and unique way that is very much different from others. Her writing is passionate and Suspenseful, while being fun and flirty at the same time. In Prince Charming, the story that unfolds before us is that of Cassie and Keaton. Ohhhh Keaton Bridge. Where to even start. He’s a very attractive and dominate personality, who is also British. When you weave any character into a book with a British accent, I’m a goner. He’s smooth and deductible, while keeping his identity hidden from Cassie. Cassie is an FBI agent on a case that she thinks will link Keaton to it in one way or another. Keaton is an alleged hacker and con. But the story between these two is so seductive that you forget he might be the bad guy and she might have to bring him down.

I love that we not only see the story of these two, but get to catch up a little with some of our favorite other couples from some of Christine’s other books. Seeing where Taylor and Harper are now as well as Chris and Catherine, is always a fun twist to through into the suspenseful romance’s that I fall in love with from CD Reiss. Getting a glimpse into past couple’s current predicaments is just a fun addition to stories, and it used so well in Prince Charming. I can’t wait to see what the next adventure will be for any of these couples as well as where her mind will take us next.

*I received and ARC copy of this title at my request, and am providing this voluntary review. *

CD Reiss is a New York Times bestseller. She still has to chop wood and carry water, which was buried in the fine print. Her lawyer is working it out with God but in the meantime, if you call and she doesn’t pick up she’s at the well hauling buckets.

She’s frequently referred to as the Shakespeare of Smut which is flattering but hasn’t ever gotten her out of chopping that cord of wood. 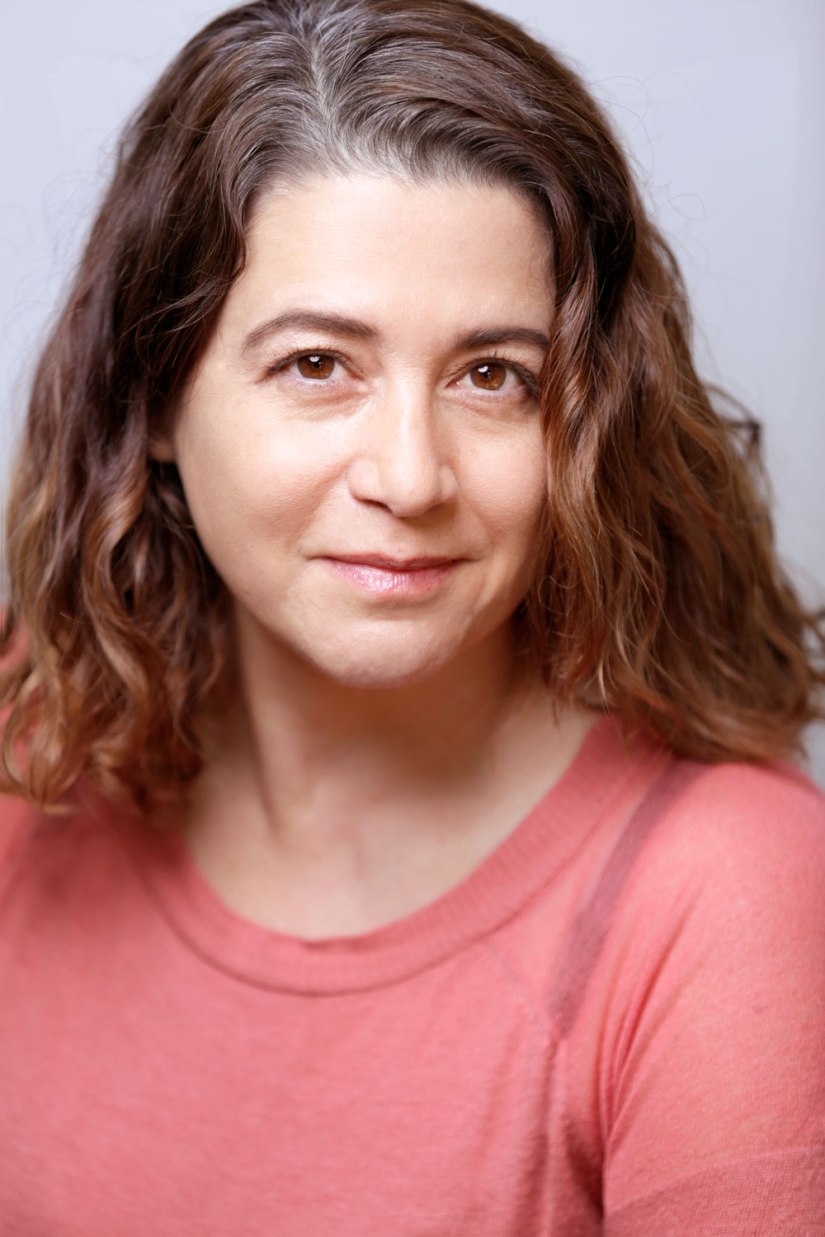