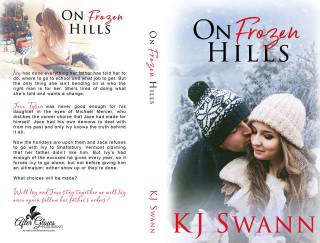 **BUYS LINKS**
Amazon US: http://amzn.to/2j9JgH3
Amazon UK: http://amzn.to/2BDmhM5
Amazon AUS: http://amzn.to/2ja5PeD
**SYNOPSIS**
Ivy has done everything her father has told her to do, where to go to school and what job to get. But the only thing she isn’t bending on is who the right man is for her. She’s tired of doing what she’s told and wants a change.
Jace Tysen was never good enough for his daughter in the eyes of Michael Mercer, who dislikes the career choice that Jace had made for himself. Jace had his own demons to deal with from his past and only Ivy knows the truth behind it all.
Now the holidays are upon them and Jace refuses to go with Ivy to Shaftsbury, Vermont claiming that her father didn’t like him. But Ivy’s had enough of the excuses he gives every year, so it forces Ivy to go alone, but not before giving him an ultimatum: either show up or they’re done.
What choices will be made?
Will Ivy and Jace stay together or will Ivy once again follow her father’s orders?

**ABOUT THE AUTHOR**
KJ SWANN is a stay at home mom turned author. She first started writing during NaNoWriMo during 2014 and hasn’t looked back. She enjoys writing contemporary romance and she enjoys adding in a laugh here and there. She lives with her husband, daughter, and cat in a small rural town in North Central Iowa. When she isn’t reading or writing you can find her on the back of her husband’s Harley trike enjoying the fresh air during the summertime or cuddled up watching a good movie or TV show on the couch with her daughter during the wintertime. 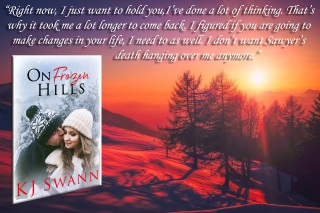