Landry Cole’s life began
when she was nine. Until then the day-to-day turmoil of her early childhood was
the stuff of nightmares. Her father, his wife, and all her aunts and uncles
showed Landry unconditional love, and under their care, she bloomed. But she
never forgot. Fast forward to the fifth year of her surgical residency, and
from the outside, Landry’s got it going on. Inside, loneliness and betrayal
color her life until she meets the outrageous and daring Clashing Swell
drummer, Brody Frost.

Brody’s life was golden. He surfed every
morning, his band, Clashing Swell, had just signed with RiffRaff records, and
he was free from emotional attachments. Until he met Landry Cole. To say she
took his breath away was an understatement. But she was a princess to rock
royalty, and Brody was no one from no where. Sure, the tour the band was about
to undertake would change all that, but he wanted Landry now. When she told him
they were short term, she wasn’t going to be a tour widow, he thought he’d take
whatever she would give him. Little did he know she was about to give him
everything.

As soon as my aunt and uncle turned the corner, Brody
whispered in my ear. “Lucky for you, fun is my specialty.”
I turned to him, smiling despite myself. “Oh yeah?” Clearly,
Brody wasn’t the type of guy that needed to be encouraged. Yet, for some
reason, I couldn’t seem to help myself. I blamed the wine and fresh ocean air
for making me act as crazy as the drummer.
He nodded, his sexy smirk firmly in place. “You wanna see?”
I should have said no. But, then again, maybe Aunt Lo was
right; some fun would do me good. Plus, Brody wasn’t hard on the eyes, not by a
long shot. “Yes.” Before I knew what was happening, he picked me up, threw me
over his shoulder and headed down the long cement and cinder-block hallway.
“What are you doing?” I screeched. “People will see us.”
“All anyone can see right now is your perfect little ass.”
He slapped it lightly.
I never did things like this—ever. The last guy I dated was
a heart surgeon, with an ego the size of Texas, and little to no sense of
humor. He’d asked me out on a date, and it’d taken him four more to get in my
pants. And then he’d cheated on me…so really, I should be happy Brody seemed
like Dr. Douche’s polar opposite. “Where are you taking me, caveman?”
“To have fun, of course.” He turned a corner to the left,
this hallway much darker than the last. Another turn to the right, and suddenly
it was pitch black. He placed me on my feet, and I held onto his arms while the
blood rushed back into my head.
“Are we in a janitor’s closet?” The room smelled vaguely of
chemicals.
“I think so.” He was close, standing right in front of me.
The way he placed his hands on my hips was like we knew each other. Like we had
been seeing each other.
“And this is fun?” I was biting my lip. Standing in a closet
with a complete stranger wasn’t a normal Landry Cole move. It was more of an
old-school Jacks Cole move, if we were naming names.
“Are you excited and slightly terrified?” He was closer now,
his words whispered against my lips.
“Yes.”
He put a hand in my hair, his fingers rubbing my scalp.
“Then we are well on our way to real fun, baby cakes.” And then he kissed me.
I had butterflies in my stomach and goosebumps on my skin.
He tasted like the sea air and coconuts; like summer. I ran my hands up his
arms, more than a little surprised at myself. I didn’t know why I wasn’t
pushing him away. Why I wasn’t demanding to be let out. Who was this
woman he’d made me become?
“God, you taste good.” He bent me backward, kissing me
deeper. When he stood up, I climbed him like a damn tree then wrapped my legs
around his waist.
Call me crazy, but I wanted him. I wanted this wild man to
fuck me in a supply closet. I wanted it bad.
He walked forward, pushing my back against another
cinder-block wall. I freed my hands from his messy blond hair, fumbling with
his button and zipper trying to get his pants off. If I was going mental I
might as well go all the way, right?
Tomorrow I would go back to being a responsible
surgeon.
Tomorrow everything would go back to boring. But tonight—tonight I
wanted fun. 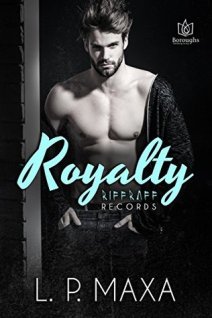 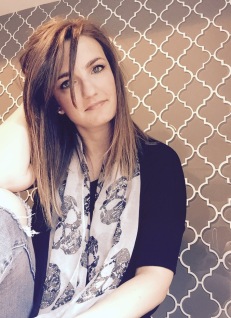 L.P. Maxa lives in Austin, Texas with her husband, daughter,
3 rescue dogs, 1 cat – the fish died – and one bunny who doesn’t seem to like
them. She loves reading romance novels as much as she love writing them. She
says, inspiration can come from anywhere: a song lyric, a quote, a weekend with
friends. The tiniest things can spark amazing stories. She loves to hear from
readers.