Sealing My Fate is the follow up to the novel Defying Fate.

While reading Defying Fate first will give an in depth understanding of Sealing My Fate, it is not necessary and can be read as a standalone.
Kara Santos fled Chicago in an attempt to escape danger. When she is introduced to a six-foot tower of muscle and tattoos, she quickly forgets her troubles. Until, evil returns with a vengeance.
Years of living in fear came to a tragic end one dark night at a farmhouse in the middle of the woods. Kara so desperate to end her torment and save her best friend from a monster, she did the unthinkable.
What she did not count on was the consequences her actions would ignite.

Liam Talbot’s life was easy going until a sassy, long legged brunette came crashing into his life. Connections run deep, and Liam soon finds he is forced to make a hard decision. Give Kara up to the MC who wants retribution, or let the consequences fall on his shoulders. Faced with only one option, Liam made it his mission to keep Kara safe at all costs.
Hidden lies, family secrets and personal vendettas will expose that no one is safe.
Warning: Recommended for readers 18+ due to language, extremely hot and explicit sexual situations and graphic violence. 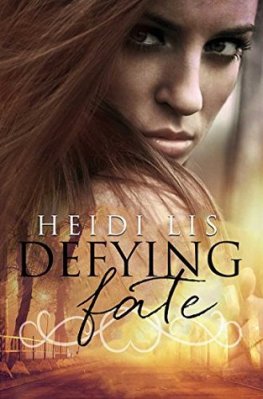 Heidi grew up in the Midwest, but currently resides with her husband and four children in the Pacific Northwest. Heidi most enjoys spending time outdoors with her family. Between raising her children and obsessing over her favorite reads, she has let the storyteller within herself come to life.
With the love and support of her family, she is following her dream while teaching her children how important it is to follow theirs. She prides herself in believing that anything is possible, the first step is believing in yourself.
Heidi’s passionate and loving style in which she lives her life comes through in her writing. Her heart has led her down the genre path of a contemporary and suspense romance writer, but she has plans to extend her vision into other genres as well.

1 thought on “*Blog Tour* Sealing My Fate by Heidi Lis”